Amid the 1,650-page, $1.7 trillion omnibus spending legislation passed by Congress  last week and expected to be signed by President Biden were several provisions affecting work-sponsored retirement plans and, to a lesser degree, IRAs. Dubbed the SECURE 2.0 Act of 2022 after the similarly sweeping Setting Every Community Up for Retirement Enhancement Act passed in 2019, the legislation is designed to improve the current and future state of retiree income in the United States.

“This important legislation will enhance the retirement security of tens of millions of American workers — and for many of them, give them the opportunity for the first time to begin saving,” said Brian Graff CEO of the American Retirement Association.

What Does the Legislation Do?

The following is a brief summary of some of the most notable initiatives. All provisions take effect in 2024 unless otherwise noted.

These provisions represent just a sampling of the many changes that will be brought about by SECURE 2.0. We look forward to providing more details and in-depth analysis applying to both individuals and business owners in the weeks to come.

1Bear in mind that not all charitable organizations are able to use all possible gifts. It is prudent to check first. The type of organization you select can also affect the tax benefits you receive.

2As with other investments, there are generally fees and expenses associated with participation in a 529 savings plan. There is also the risk that the investments may lose money or not perform well enough to cover college costs as anticipated. Investment earnings accumulate on a tax-deferred basis, and withdrawals are tax-free as long as they are used for qualified education expenses. For withdrawals not used for qualified education expenses, earnings may be subject to taxation as ordinary income and possibly a 10% tax penalty. The tax implications of a 529 savings plan should be discussed with your legal and/or tax professionals because they can vary significantly from state to state. Also be aware that most states offer their own 529 plans, which may provide advantages and benefits exclusively for their residents and taxpayers. These other state benefits may include financial aid, scholarship funds, and protection from creditors. Before investing in a 529 savings plan, please consider the investment objectives, risks, charges, and expenses carefully. The official disclosure statements and applicable prospectuses – which contain this and other information about the investment options, underlying investments, and investment company – can be obtained by contacting your financial professional. You should read these materials carefully before investing. 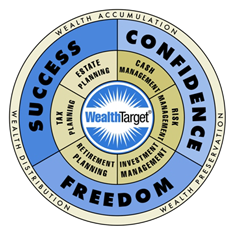